Celebrate APAHM with us! Grace Lee 'Reimagine Everything' is out now! SHOP NOW! Get to Know Asia Jackson | UPRISERS Asia Jackson is an actress and creative based in Los Angeles. She hops on the Zoom call sporting oversized tortoise blue-light glasses and a comfy sweater with NASA stitched on it. Right away, her confidence and unapologetic attitude is translated through the screen. She coined the trailblazing hashtag #Magandangmorenx, which translates to “beautiful brown skin.” By the end of the conversation, it is clear her experiences served as a catalyst to who she is today and how she approaches her work.

How did experiencing so much of the world at a young age play a role in who you are today?

I think it was such a huge part of my childhood and it definitely is a huge part of why I am the way that I am now. I think the whole concept of moving somewhere new, basically every year, kind of made me a chameleon of sorts. I was able to adapt to different environments very quickly. I think that's a really valuable skill to have now because I'm in an industry like Hollywood and content creation where things are always changing. I would say that the experience of being a military brat and moving all over the place helped me as an adult in terms of skills and abilities, but it also made me more culturally sensitive.

I had a fuller understanding of the world compared to someone who stayed somewhere their entire life because I was exposed to so many different types of cultures and different places. I feel like I approach cultural conversations with a little bit more nuance just because of those experiences.

How did you get started with acting?

I actually never wanted to be an actor when I was a child. The first thing that I wanted to be –my dad told me– was an astronaut. That obviously didn't happen. My dad was a software engineer in the Air Force; therefore, I grew up in a very tech savvy household. I taught myself to code when I was 11 years old, so I thought I might do this for the rest of my life. That makes sense, right?

While I was in college, I took a film production class and I realized I actually liked being behind the camera and using my creativity to make something. One of my classmates asked me to be the lead actress in his final project. That’s when I found out I really like being in front of the camera too. I decided to drop out of college to become an actor. The first role I booked was a small role on ABC’s Modern Family.

After Modern Family, I didn't book anything again for a whole year. I got really tired of waiting for someone to hire me, so I started my own YouTube channel. I was able to take control of my career.

Did you pursue acting to be a pioneer and create path for women of color?

I'm Black and Asian. Growing up, representation was so important to me as a mixed person. I didn't see a lot of people on TV who looked like me.

I knew that I wanted to pursue a career where I would have a platform to be visible and also have my voice heard so that, you know, girls who look like me, could have that representation.

As a mixed person, living in both Asia and black communities, I really grew up feeling like my identity was invalidated. I didn't have a good sense of self just because of the things people in those communities said to me. I felt like being myself wasn't enough. One of the reasons why I wanted to go into acting and to start a career online is because I wanted a platform to be able to show young people they are visible and they are validated.

What was the inspiration behind #MagandangMorenx and the impact you saw?

Back in October 2016, I was trying to –this was before I had a YouTube following– I literally had 2,000 followers on Twitter. I didn't have a big following, but I knew that I wanted to find a way to celebrate Filipino American History Month and get the community involved. While I was brainstorming, I kept thinking back to when I lived in the Philippines and was bullied for having darker skin. I wasn't the only one who was bullied for this reason. My darker classmates and family members were also bullied. When I moved back to the U.S., I was actually seeing the same thing here with the Filipino-American community. My friends’ moms would tell them to stop going outside or else we'll get dark. I knew this was an issue that people had an experience with and could relate to, but I didn't really see anyone talking about it. Well, I wanted to start conversations about colorism in Filipino communities.

I guess one of the biggest things I've seen since I started that hashtag is that there's more conversations happening about colorism in Philippine communities. I think it was a parallel development. I think people were ready to have that conversation at the time that I created it.

Magazines had articles about how to whiten your skin or how to look lighter by wearing certain clothing colors. Now, the articles that I'm seeing in the Filipino magazines are the best lipstick colors for brown skin. I think it's so awesome that conversations about colorism led to articles and media pieces that encourage young girls to embrace their skin color instead of trying to change it. To me, it is one of the biggest impacts.

What does it mean for you to combat colorism and the message you want to convey in the collaboration with UPRISERS?

To me, it's a method of decolonization. We have a huge colonial racial history when it comes to colors and the Philippines. This is challenging all of that.

The reason why I wanted the MORENX collaboration with UPRISERS was because Michelle K. Hanabusa created a really great mission with UPRISERS. She had the message of: wear what you represent. And I really loved that. I wanted to create something that brown Filipinos would be proud of wearing. Having a huge MORENX on the back of their sweatshirt, I thought that was really cool and empowering.

I think it's going to make people more proud of their skin. At the beginning of the week, maybe Monday or Tuesday, there was a girl who posted photos of herself in the MORENX sweatshirt. I commented heart eyes on her photo. She responded: Asia, I just want to thank you so much for all the work that you do –it made me fall in love with being Filipino. And I was like, oh my gosh, that is so powerful. Something like a collection that we did with UPRISERS and that I created based on my own personal experiences could make someone fall in love with who they are. I think that's so powerful.

What does it mean to be an Upriser?

What it means to be an Upriser is a rebel with a cause. It’s always getting into good trouble, trying to make the world a better place by challenging the status quo.

Uprisers, what we wear is what we represent. Let's inspire change in our communities. 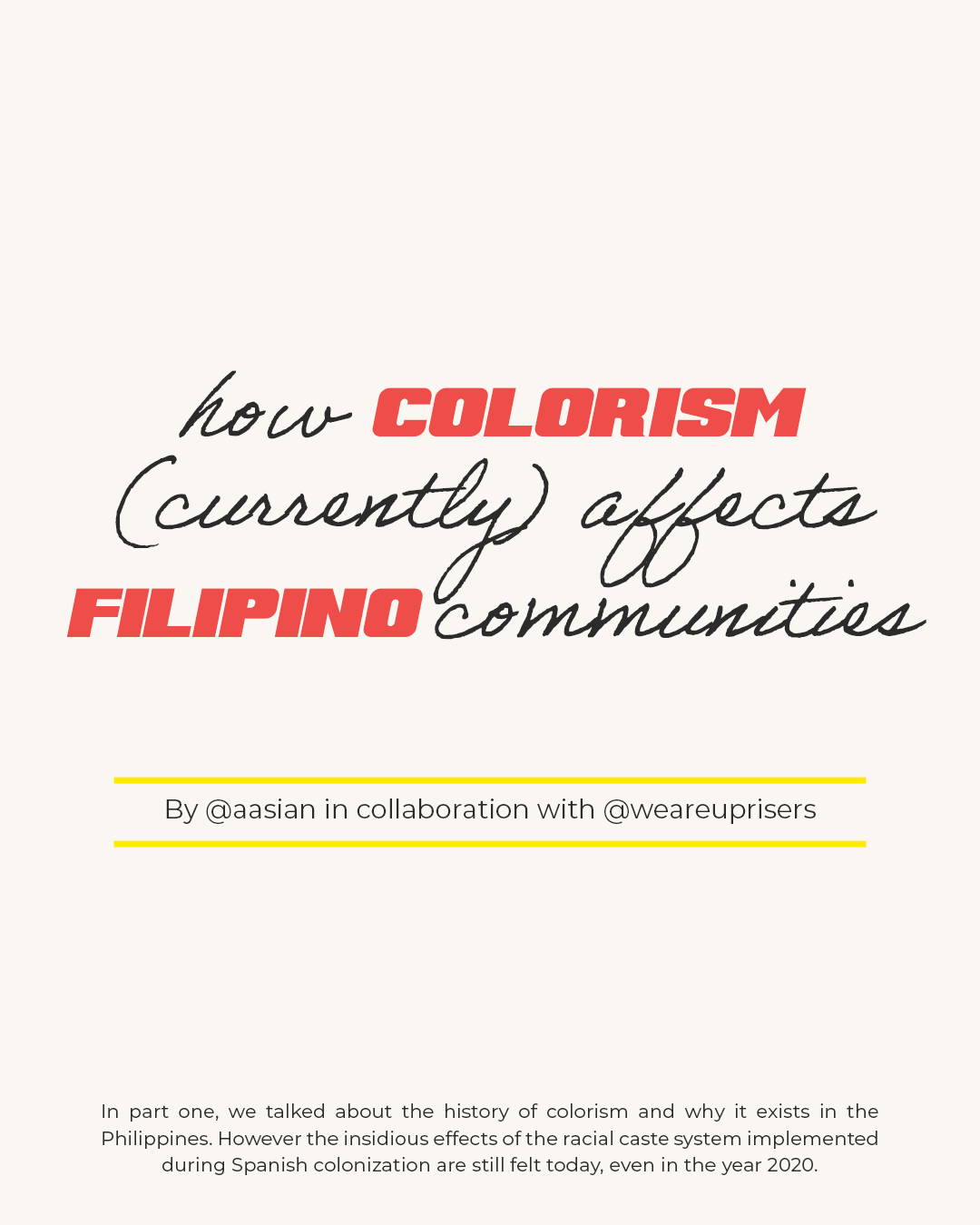 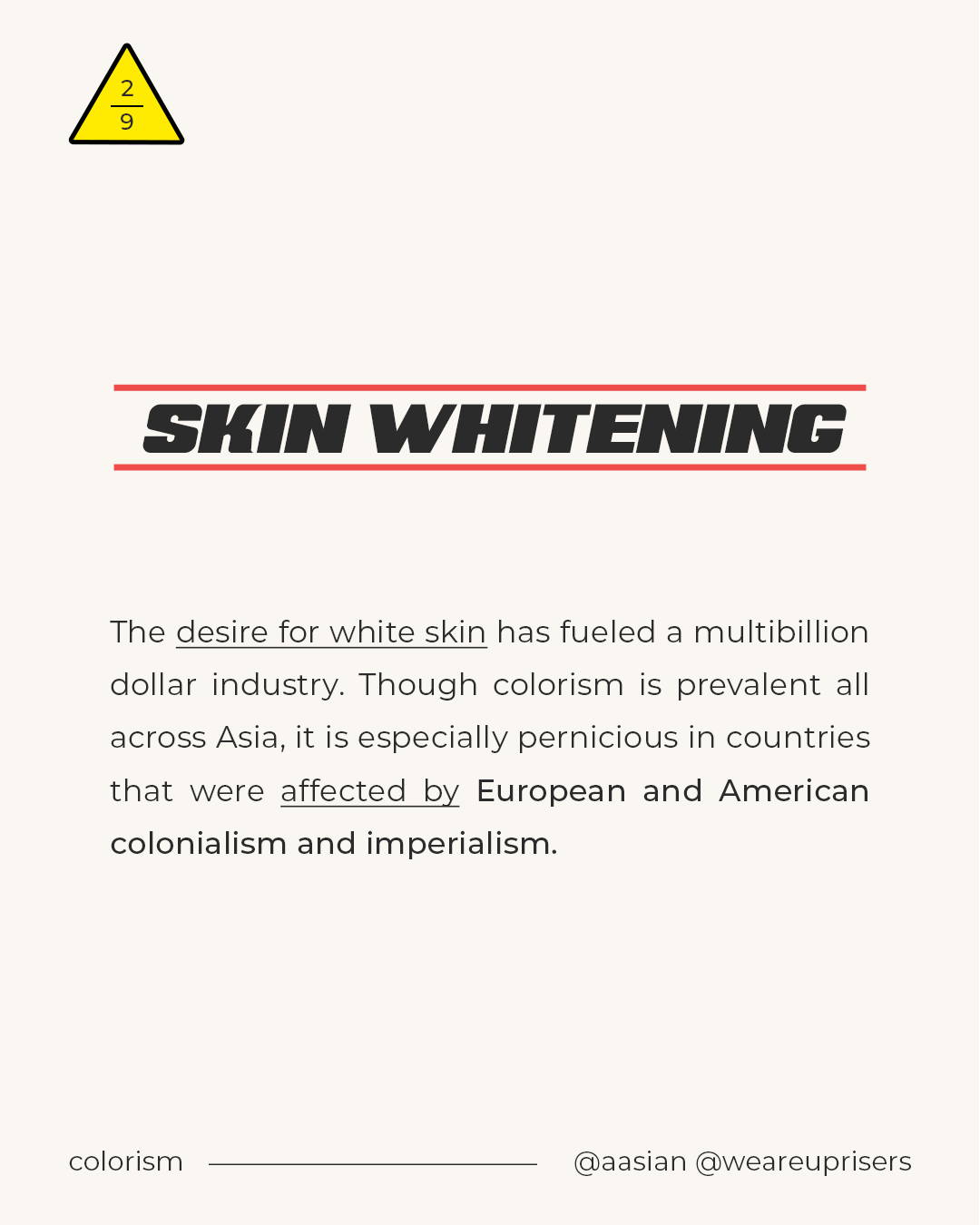 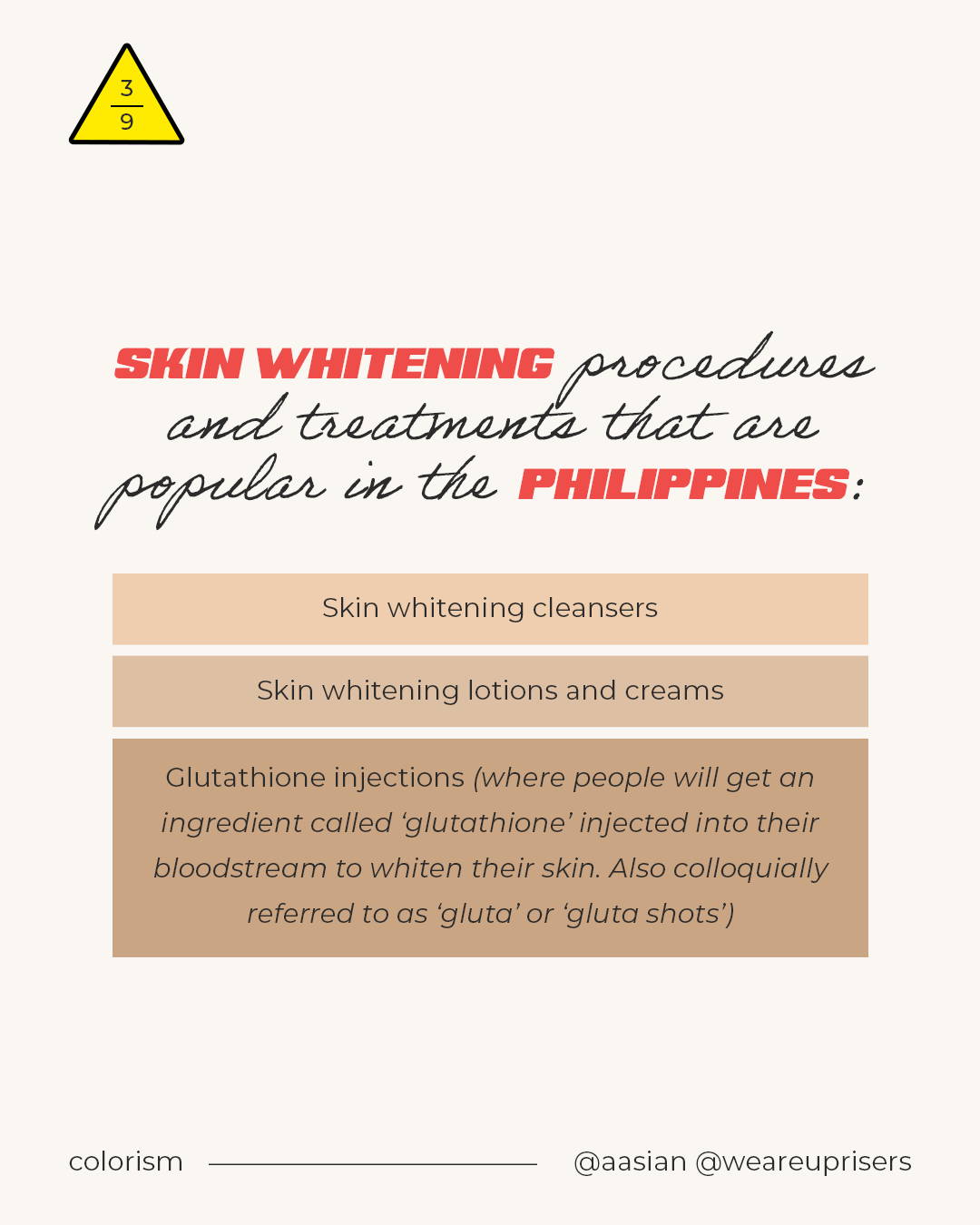 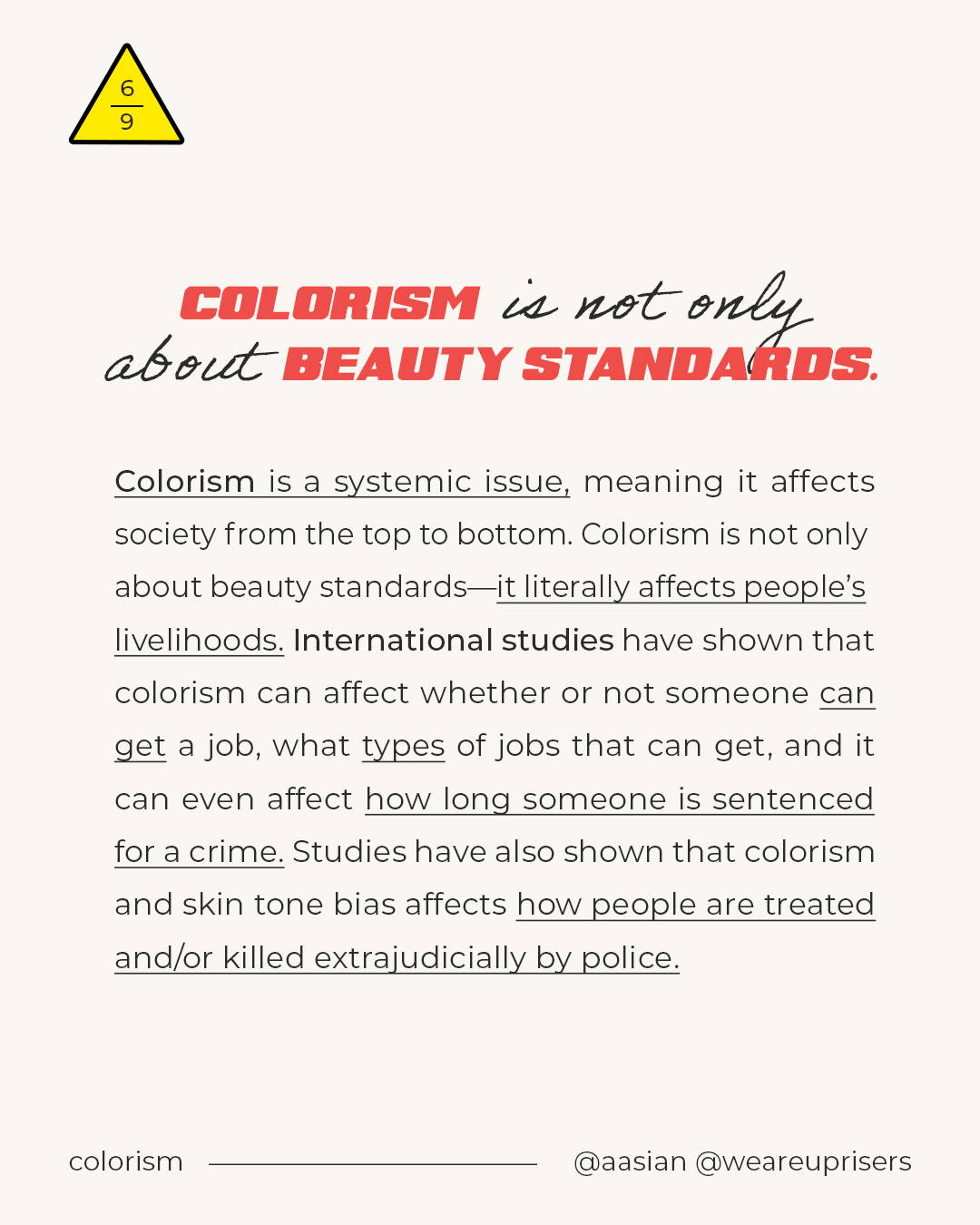 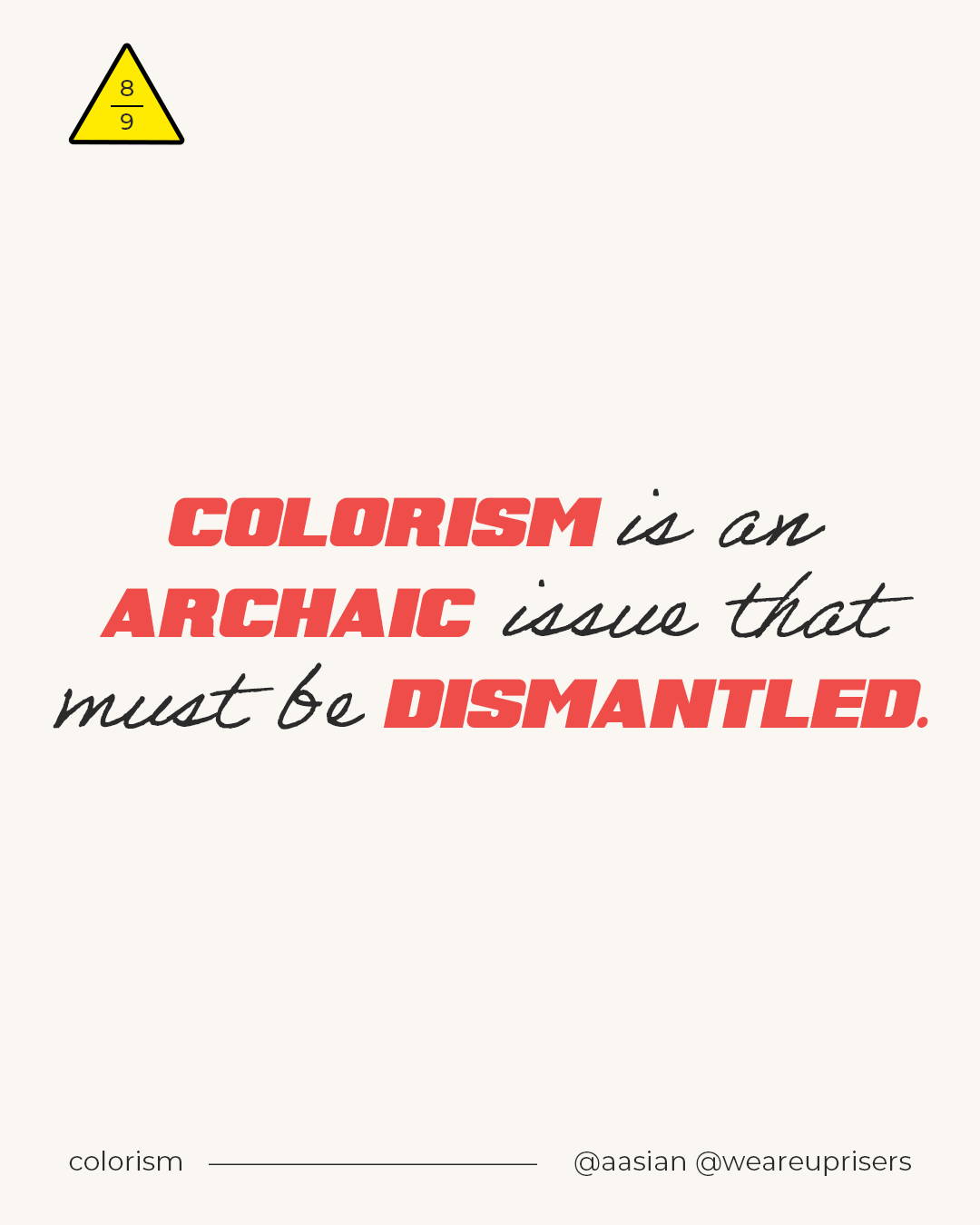 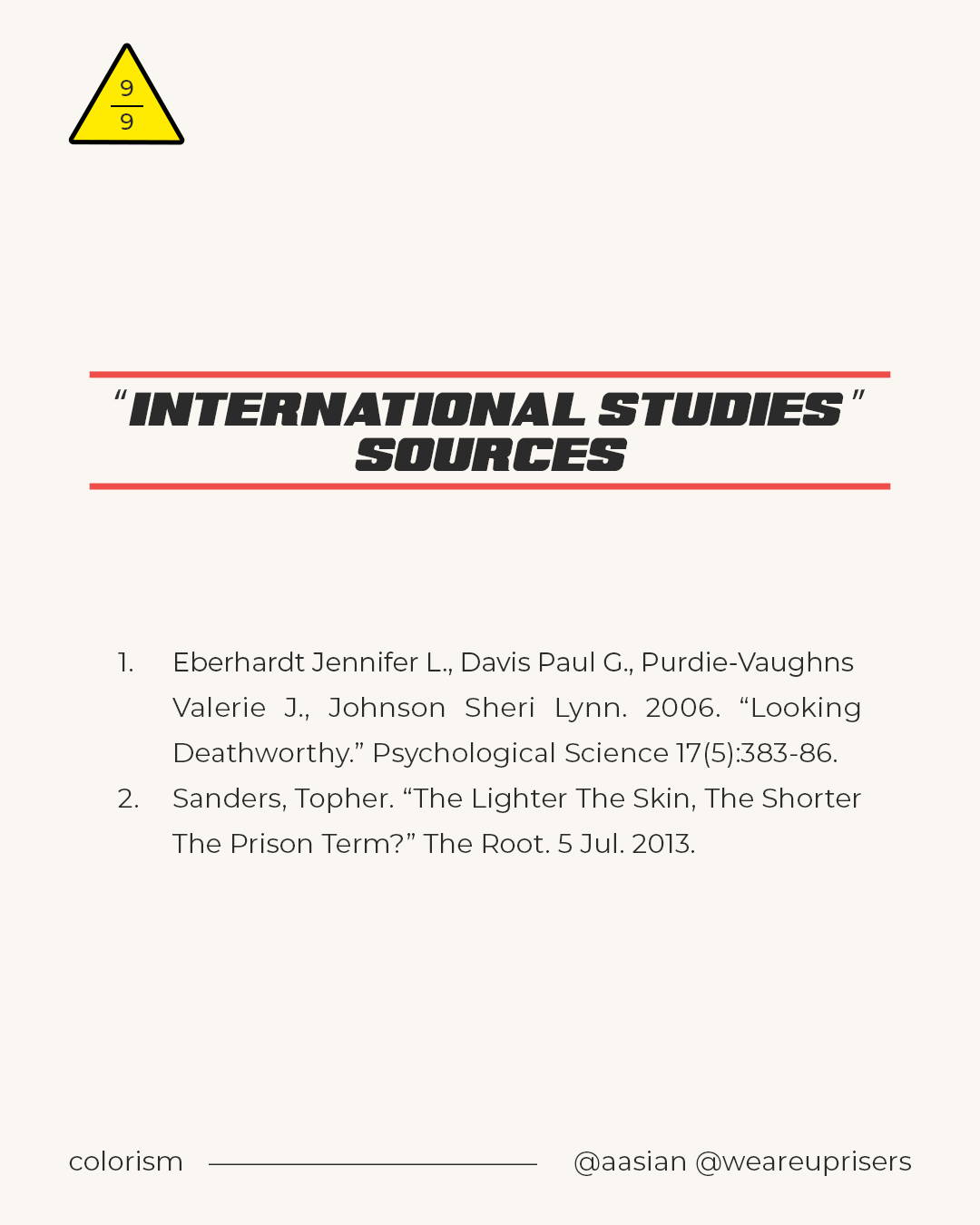